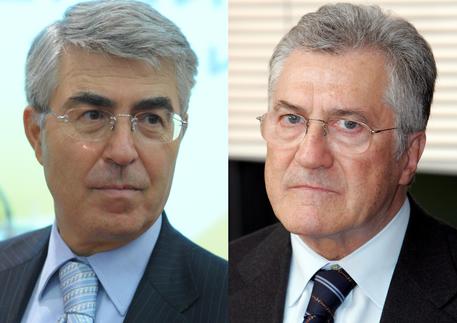 (ANSA) - Venice, February 17 - A current and former top manager of Italy's Veneto Banca have been placed under investigation in relation to a probe into alleged obstruction of oversight by the unlisted cooperative lender, judicial sources said Tuesday.
Former Veneto Banca CEO and current director-general Vincenzo Consoli and former chairman Flavio Trinca were among the suspects in the investigation conducted by prosecutors in Rome. On Tuesday finance police carried out searches at the bank's legal and administrative headquarters in Montebelluna in the northern Veneto region and in the homes of managers and shareholders as part of the probe.
Investigators said in total 16 shareholders were searched after having allegedly received large sums of money over time.
On Wednesday Veneto Banca announced losses for 2014 of 650 million euros after balance-sheet cleansing, part of which resulted from the European Central Bank's asset quality review.
The cooperative lender is one of the banks affected by the government's so-called 'Investment compact' decree containing fiscal measures to support small and medium-sized enterprises and encourage greater financing alternatives for business beyond conventional banks.