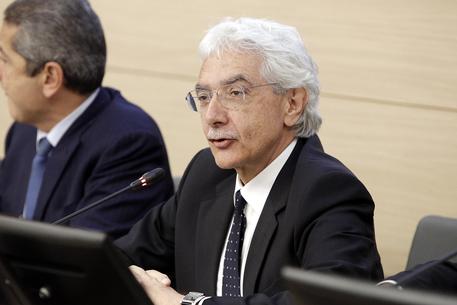 (ANSA) - Rome, February 17 - Italy is taking action to deal with about 180 billion euros in bad loans held by banks across the country, but that won't likely be achieved through a public vehicle financed by the State, Salvatore Rossi, senior deputy governor of the Bank of Italy, said in an interview published Tuesday.
Rossi told the Financial Times newspaper of London that measures will more likely involve fiscal incentives and legal reform to encourage sales to third parties, he said in an interview.
But a bad bank that would take over non-performing loans (NPLs) was an option being considered by the government, he said.
He also said changes to governance of Italy's cooperative, or 'popolari', banks to eliminate the present "one-shareholder-one-vote" structure are necessary despite rising opposition from some lenders.
The newspaper reported that some of the popolari were among the Italian banks that did badly in a European Central Bank (ECB) review of capital quality late last year.
It said that non-performing loans held by Italian banks have more than tripled since 2007, rising to 17% of total loans, from just above 5% in 2007, according to the International Monetary Fund (IMF).
Almost half of the NPLs related to loans in a state of insolvency.