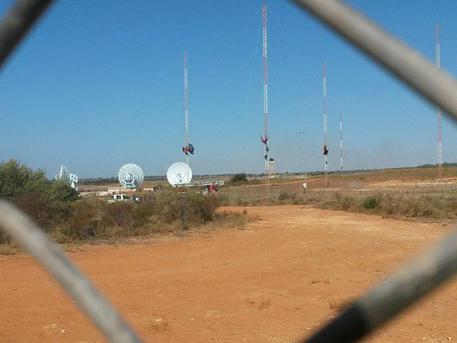 (ANSA) - Palermo, February 13 - A Palermo administrative court (TAR) on Friday upheld an appeal by the Sicilian town of Niscemi against the construction of the controversial Mobile User Objective System (MUOS) by the US military, saying it would affect locals' health.
Councillors and activists have been protesting against the installation at a US military base near Niscemi for months.
They say MUOS, which entails placing some 46 telecommunications antennas, will threaten the environment as well as as the health of local residents.
Italy's defence ministry says the system is "essential to NATO operations in the Mediterranean and to national security".
Protesters managed to get into the site last August.
The hooded 'No MUOS' demonstrators climbed over the fence to reach two fellow activists, who had perched on an antenna tower for days.
The two climbers descended, everyone took pictures as a testament to their foray into the base, and the group retreated to their camp nearby, police said.