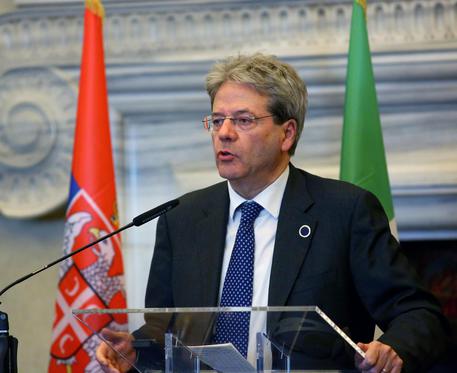 (ANSA) - Rome, February 5 - Italian Foreign Minister Paolo Gentiloni on Thursday described as "very serious" the situation in eastern Ukraine but ruled out supplying weapons to Kiev to help put down the separatist rebellion there. "Sending arms to Ukraine is not a solution that can involve the European Union or Italy," Gentiloni said. "The situation on the ground is very serious and leaves no room for backtracking on sanctions against Russia," he added. Gentiloni's comments came amid deepening conflict between Kiev forces and pro-Russia rebels in the breakaway Donbas region that on Wednesday prompted Pope Francis to appeal for an end to "the war between Christians" in Ukraine. Gentiloni said diplomatic efforts are currently aimed at "forcing the separatists to end their aggressive behaviour" and asking Russia to "exercise its influence" on the rebels, in addition to reassuring NATO countries that feel threatened by the violence through the use of air patrols.