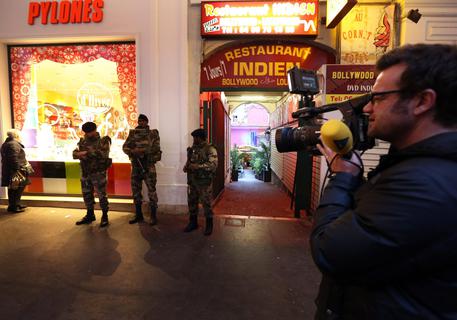 (ANSA) - Paris, February 4 - Moussa Coulibaly, accused of trying to stab three anti-terrorism guards in Nice, passed through Rome twice, French media reported Wednesday.
Coulibaly has the same surname as Amedy Coulibaly, the gunman who killed four people at a Jewish supermarket in Paris on January 9.
On Tuesday, Moussa Coulibaly, 31, allegedly tried to stab three guards at a building housing several Jewish institutions in Nice. None were injured seriously, in part due to bullet-proof vests.
The Nouvel Observateur said he had attempted to fly to Turkey recently with stopovers in Rome, and had ordered his travel agency to ensure he had direct flights to Nice and Rome. However, he was not permitted to enter Turkey and was turned back at the Istanbul airport.