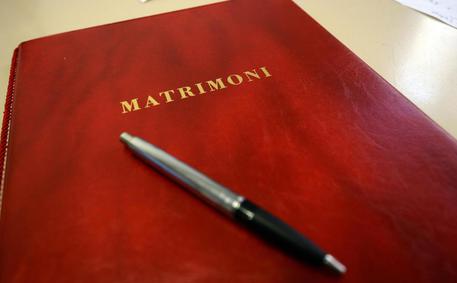 (ANSA) - Rome, January 30 - Most Italians support same-sex civil unions and quickie divorces, but not gay marriage or adoption, a new survey on a number of social issue by Eurispes pollsters showed Friday.
While 86.6% favored new norms allowing fast-track divorce and 64.4% said de facto couples of any gender should enjoy juridical protection, another 59.2% said they they are opposed to gay marriage (up from 50.7% in 2014).
The percentage of people against gay couples adopting children was stable at 72.2%.
In terms of reproductive rights, 47.2% said they favor achieving pregnancy through donor gametes - a technique which was recently legalised in Italy - and 49.8% said it's OK to turn to a surrogate mother. A majority, or 58.1%, are in favor of the so-called day after pill to prevent unwanted pregnancies.
As far as the end of life, 55.2% of Italians said they support euthanasia while 66.5% are against assisted suicide.
One in three, or 33%, support legalising soft drugs and a whopping 65.5% said prostitution should be decriminalised.