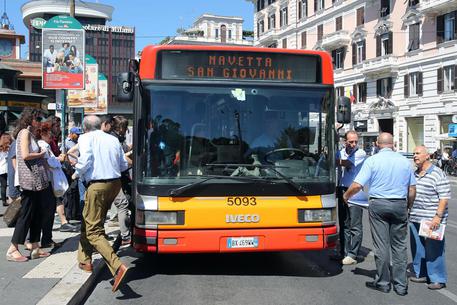 (ANSA) - Rome, January 28 - A court on Wednesday indicted five former executives of Rome's ATAC public transport company and an ex alderman for abuse of office in connection with the hiring of some 50 highly-paid staffers in spite of the fact they were not qualified for the job.
The former executives to stand trial beginning May 11 are Adalberto Bertucci, Antonio Marzia, Luca Masciola, Vincenzo Tosques and Tullio Tulli.
Also among the defendants will be Marco Visconti, the former alderman in charge of the environment under ex rightwing mayor, Gianni Alemanno.
Ex ATAC human resources director Riccardo Di Luzio and former personnel administrator Mario Marinelli have been exonerated.
Among the questionable hires was that of a former waitress and night club hostess with a high school diploma to a specialized post with yearly gross salary of 30,000 euros. Investigators also took exception to the hiring of Visconti's wife, Barbara Pesimena, to a mid-level management post with a salary of 73,000 euros a year.
Pesimena got the job in spite of the fact that "she clearly lacked the necessary qualifications for a highly complex executive position", prosecutors wrote in their indictement request. The case dubbed locally as 'Parentopoli' (Nepotism-ville) first surfaced in 2010.