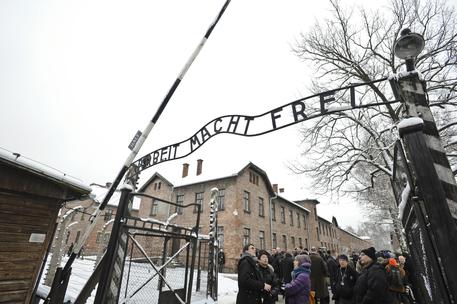 (ANSA) - Rome, January 28 - A minor diplomatic incident was resolved early Wednesday after three members of an Italian TV crew, as well as journalist David Parenzo and president of Rome's Jewish community Riccardo Pacifici, became locked in Auschwitz overnight, ANSA sources said.
After filming a live episode of the TV program Matrix from the Holocaust concentration camp in Poland, for which they had authorized access, the group found themselves locked in at around 11 pm without any response to their calls for help. After several hours, the five eventually escaped by opening a window, which set off a security alarm that sent police to the scene.
Italian diplomatic authorities intervened to secure the release of the group, who then departed for their return to Rome.