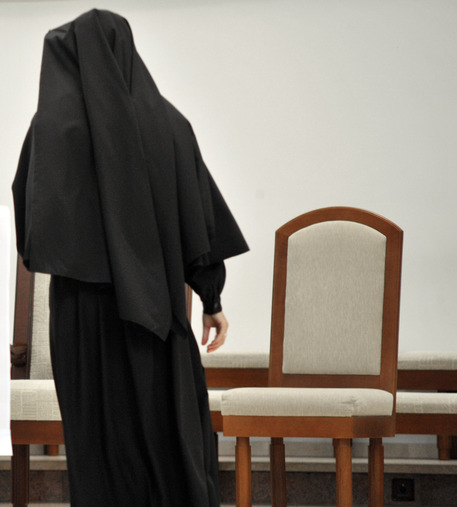 (ANSA) - Ancona, January 23 - A Bolivian nun gave birth in San Severino Marche after being taken to hospital where she complained of a bad stomach ache, Italian newspaper Corriere Adriatico said on Friday.
The newspaper said the nun, whose age wasn't given, gave birth last Sunday and intends to keep the baby, whose sex wasn't given.
The nun had been staying at a cloistered convent in the province of Macerata since June.
The hospital hasn't confirmed the birth and the bishop of nearby town Camerino, Francesco Brugnaro, hasn't made any comment on the case. Another case of a nun giving birth took place in 2011 in Marche, when a 41-year-old Congolese nun gave birth to a baby girl in Pesaro.
In that case, the nun had been raped abroad by a foreign priest and initially gave her daughter up for adoption.
The case engendered strong protests from the adoptive family after it reached Italy's highest court of appeals in February 2014 after the nun changed her mind and was granted custody, reversing a lower court decision.