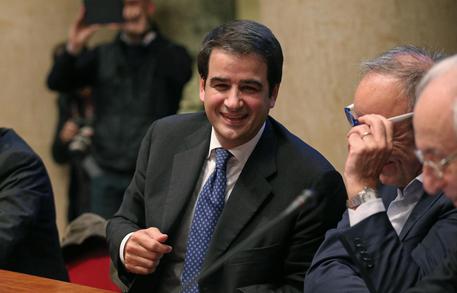 (ANSA) - Rome, January 22 - Prominent Forza Italia (FI) MP Raffaele Fitto said Thursday his dissenting faction within the party led by ex-premier Silvio Berlusconi is of the party, but against its majority line.
"We are in Forza Italia but against the 'forza Renzi' line," said Fitto, a one-time confidant of Berlusconi who now leads a dissenting minority within FI that is not happy with the fact that the media mogul has sealed a pact on electoral law reform with centre-left Premier Matteo Renzi.
"I think Berlusconi is being weakened not by us but by the choices being made as we speak," he told reporters at a news briefing in the Lower House.