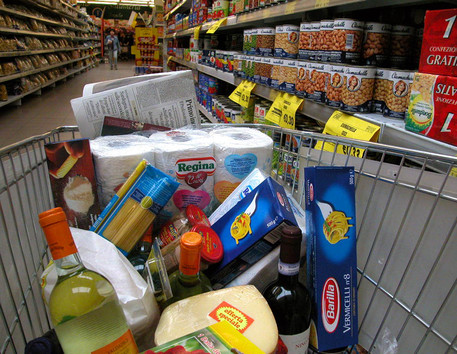 (ANSA) - Rome, January 14 - Italy's annual inflation rate dropped to zero in December, down from 0.2% in November, Istat said on Wednesday, confirming the figure given in its preliminary estimate last week. Prices were also flat in December with respect to the previous month, the national statistic agency said. Istat said the inflation rate was dragged down by drops in energy prices.
Italy endured several months of deflation last year.
Low or negative inflation is seen as a threat to the recovery prospects of recession-hit Italy and the rest of the eurozone.
Istat also confirmed that Italy's average inflation rate for 2014 was 0.2%, the lowest since 1959 and down on 1.2% on 2013.
The agency added that its 'trolley' index of everyday goods bought by households stood at 0.3% for 2014, compared to 2.2% in 2013.