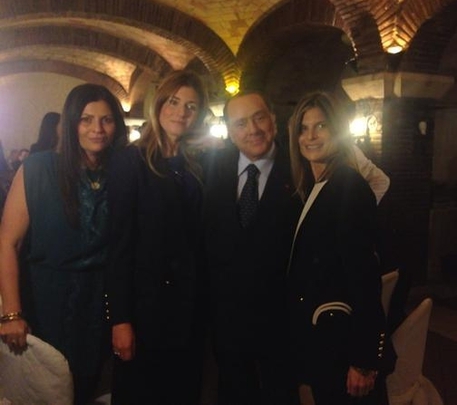 (ANSA) - Rome, December 22 - Former center-right premier Silvio Berlusconi told La Repubblica newspaper in an interview published Monday that his Forza Italia (FI) party won't mind if Italy's next president comes from the center-left of the political spectrum.
"We look at the person. It doesn't matter what side they come from," Berlusconi said. "It must be a serious person, accepted by all".
Interior Minister Angelino Alfano, whose New Center Right (NCD) party is a splinter from Berlusconi's now-defunct People of Freedom (PdL) party, told the same paper that the president must not be elected "by a single party congress".
The search for Napolitano's successor, he said, must "begin within the governing majority" but his party "strongly favors" FI having a say. "It is important for all three to be (involved)," Alfano said in reference to the Democratic Party (PD) of Premier Matteo Renzi, the NCD, and FI. Also on Monday, the leader of the anti-migrant, separatist and anti-euro Northern League party said the next president can be a leftist, but it cannot be Giuliano Amato or Romano Prodi.
Two-time premier Amato, who helped draft the EU Constitution, is a highly respected institutional lawyer who was also a trusted aide of late Socialist premier Bettino Craxi, a close friend of Berlusconi who protected his burgeoning TV empire in the 1980s.
A former president of the PD, Prodi was prime minister from 1996 to 1998 and from 2006 to 2008, and presided the European Commission from 1999 to 2004.
"Would I vote in favor of a leftist candidate? It depends on the names," Salvini told RAI 3 public TV Agorà talk show.
"There are obviously positive and balanced people on the left as well".
Incumbent President Giorgio Napolitano said last Thursday that his resignation as head of State was imminent.
He is tipped to announce he is stepping down in his traditional New Year's Eve address to the nation.
The 89-year-old former Communist reluctantly agreed to become Italy's first head of State to be re-elected last year to avert a crisis after squabbling parties were unable to agree on a successor.