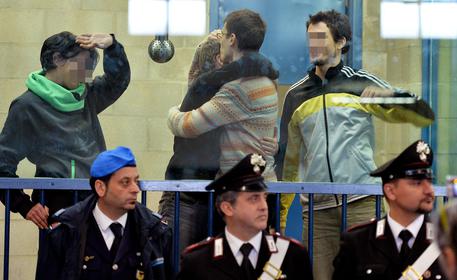 (ANSA) - Turin, December 17 - A local court convicted four protesters for attacking a controversial high-speed rail construction site in the Alps between Italy and France, and sentenced them to prison terms of 3 years and 6 months each.
The Turin Assize Court acquitted the four, however, of a separate charge of terrorism for the assault.
Dozens of activists campaigning against the high speed railway project shouted "freedom" and "clowns," as the sentence was read by the presiding judge. Later a spokesperson for the No-Tav movement said the ruling was an attack "by the powers that be" against ordinary citizens.
Critics have said the high-speed Tav project will cost too much and wreak terrible environmental damage in the Alpine region.
But governments say it will reduce highway traffic and in the long run, be good for the environment.