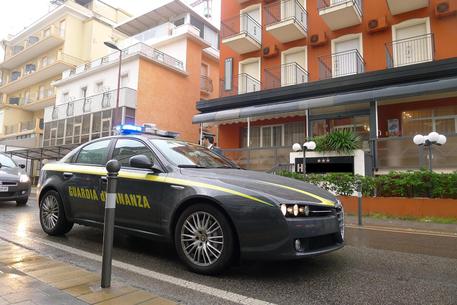 (ANSA) - Rome, December 15 - Finance police on Monday arrested three Navy officials in relation to a massive probe into an alleged mafia organisation that allegedly muscled in on city of Rome contracts worth millions of euros, ANSA sources said. Around 100 people are under investigation and dozens have been arrested in relation to the so-called Mafia Capitale probe, including former centre-right mayor Gianni Alemanno. Monday's arrests concern an alleged scam that defrauded the State of some seven million euros via false certifications attesting that 11 million litres of fuel had been supplied to Victory I, a tanker which in reality sunk in 2013, according to investigators. The scam was possible due to the alleged complicity of three Navy officials arrested on Monday - Mario Leto, Sebastiano Distefano and Salvatore Mazzone. The false certifications allegedly said the ship was refueled in Augusta, Sicily. Arrests warrants have also been issued for three other people linked to a company, O.W. Supply, that won a contract to supply the Navy with fuel, including its Danish head, although these people have not been detained so far.