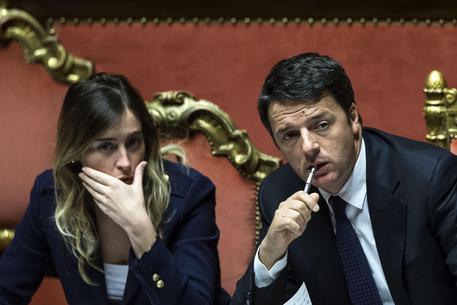 (ANSA) - Rome, December 10 - Premier Matteo Renzi's government lost a vote in a Lower House committee on Wednesday over its Constitutional reform bill. An amendment to the bill, which stipulated that the new Senate should have no members appointed by the president, was approved with 22 votes in favour and 20 against, even though the government was opposed to it.
Reform Minister Maria Elena Boschi downplayed the way the vote went.
"The final word belongs to the floor of the Lower House," she said.
The Constitutional reform bill would revamp the nation's institutions, transforming the Senate into a leaner assembly of local-government representatives with limited law-making powers.