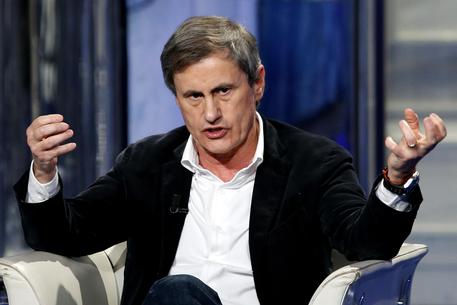 (ANSA) - Rome, December 4 - Premier Matteo Renzi expressed shock and anger at revelations that a new mafia allegedly infiltrated Italy's cash-stripped capital city of Rome, where residents awoke Thursday to the scandal involving a former mayor and a host of other senior officials.
Lower House Speaker Laura Boldrini expressed "total outrage" over news that broke Wednesday when police announced that former right-wing Rome mayor Gianni Alemanno was among some 100 people under investigation in a probe into a mafia gang that allegedly diverted public contracts worth hundreds of millions of euros.
Late in the day, some 37 arrests had been made and police alleged a former terrorist who lost one eye in a police shoot-out years ago was among the leaders of the mafia group.
Renzi, who leads the centre-left Democratic Party (PD) announced the appointment of MP Matteo Orfini as Rome commissioner for the political party to examine any possible links with the former city administration now under scrutiny. "I'm shocked and upset seeing so serious a person as the prosecutor of Rome talk about mafia in Rome," Renzi said late Wednesday.
He added that even if the accused are associated with the political right and far-right, it was still shocking for all parties and has triggered "a need for deep reflection".
The anti-establishment 5-Star Movement (M5S) called for the current city government, led by PD Mayor Ignazio Marino who was elected last year to replace Alemanno, to be dissolved in the wake of the mafia shock.
Marino maintained that his new administration "has barred the doors to anyone wanted to influence it in any way".
Among those put behind bars Wednesday was the Roman mobsters' alleged leader Massimo Carminati, a former member of the NAR neofascist terrorist group and of the Banda della Magliana crime gang. Judicial documents suggested his allies boasted of how much profit his gang was making off scamming city funding for migrant settlement centres, including social housing for Roma people.
"Do you have any idea how much I make on these immigrants?" Carminati's right-hand man Salvatore Buzzi allegedly says in a 1,200-page wiretap from early 2013.
"Drug trafficking is not as profitable". "We closed this year with turnover of 40 million but...our profits all came from the gypsies (Roma people), the housing emergency and the immigrants," Buzzi said. "We didn't make any money in the other sectors," he added. These sectors, according to prosecution documents, included waste management and recycling, parks maintenance, and immigrant and refugee reception centers (CIEs).
The immigrant racket - which allegedly involved controlling the social cooperatives running the CIEs and the Roma people camps - was allegedly coordinated by Luca Odevaine, a deputy cabinet secretary under former center-left mayor Walter Veltroni. "This gentleman crisscrossed all key public offices dealing with the immigrant emergency, both vertically and horizontally," prosecutors wrote.
"Odevaine used his contacts...to steer authorities to follow his indications, aimed at furthering the economic interests of certain entrepreneurs, which he shared," the prosecution wrote. "We must take the measure of (current mayor) Marino," Buzzi continues in the wiretap from early 2013, soon after the Democratic Party (PD) candidate Marino replaced Alemanno. Marino, it appears, proved difficult to approach. "They trust (center-left Lazio Governor Nicola) Zingaretti, no one trusts Marino," Buzzi says in the wiretap.