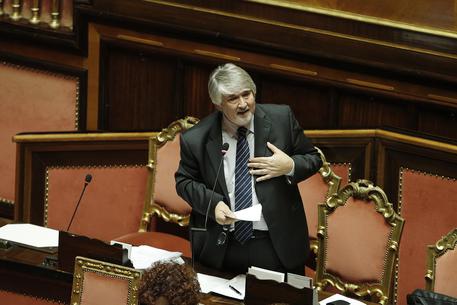 (ANSA) - Rome, December 4 - Labour Minister Giuliano Poletti said he was indignant after a photo of him with one of the people at the centre of a huge mafia investigation in Rome appeared in the media. "I feel terrible seeing my name put near to this filth," Poletti said regarding an image of him with Salvatore Buzzi, a former manslaughter convict who headed cooperatives implicated in the scandal. "I'm indignant. I have nothing to do with that stuff. It's intolerable to feel your reputation put in doubt. "Everyone knew that Salvatore Buzzi had been convicted of homicide, but those of us who live in the world think that it's possible to change your life. "Buzzi seemed a good person who did a degree while he was in prison, he worked to give people who came out of prison another chance.
"It's a paradox to discover what he has done".