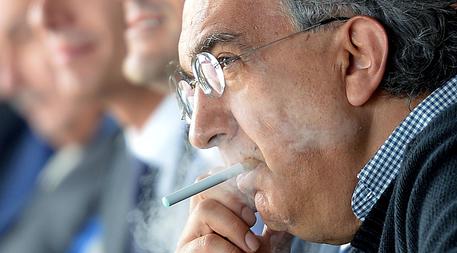 (ANSA) - New York, December 1 - Automotive News on Monday named Fiat Chrysler CEO Sergio Marchionne industry leader of the year for 2014. According to the industry weekly newspaper, Marchionne is "the chain-smoking, espresso-gulping, midnight-oil-burning, Italian-Canadian lawyer who continues to work miracles at Chrysler".
From his "impressive early moves" to when Fiat Chrysler Automobiles shares made their debut on the New York Stock Exchange, Marchionne "has kept his combined company profitable despite worsening business conditions in Europe and Latin America - thanks to that potential that he saw in Chrysler almost six years ago," the paper said.
"There is no doubting that the man is a wonder worker.
The once-ailing Chrysler this year captured market share it "has not seen since 2007" while Chrysler Group's "run of consecutive monthly year-on-year sales gains" are approaching five years- Not only that, but its Jeep brand "is about to set its fourth straight global sales record and is up an astounding 46% this year in the United States", according to Automotive News.