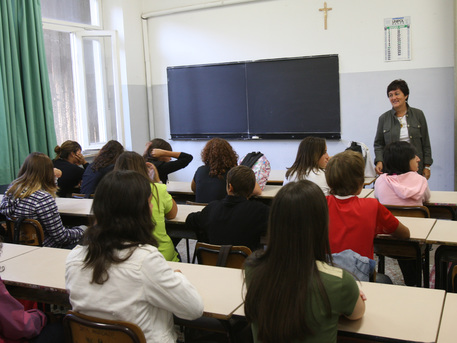 (ANSA) - Brussels, November 26 - The European Court of Justice said on Wednesday that Italy was breaching European law with the "unlimited renewal" of temporary contracts for workers in State schools.
Several unions hailed the decision, while some experts said it could open the floodgates of litigation from thousands of school employees perennially working on temporary contracts.
The European court was commenting on a petition against the State by a number of people who were recruited as teachers and administrators on temporary contracts, working for various periods, but who were never employed for less than 45 months over a period of five years.
"The unlimited renewal of such contracts to cover the fixed and permanent needs of State schools is not justified," the court said. "Italian legislation does not contain any measure designed to prevent the misuse of successive fixed-term employment contracts...
"Italian legislation excludes compensation for the damage suffered on account of the misuse of successive fixed-term employment contracts in the education sector. Nor does it permit such contracts to be converted into contracts of indefinite duration...
"Even though the education sector displays a particular need for flexibility, the Italian State cannot dispense with observance of the obligation to lay down an appropriate measure designed to duly punish the misuse of successive fixed-term employment contracts".
Mimmo Pantaleo, the head of the education arm of Italy's largest trade union confederation, the leftwing CGIL, said the court's decision would make legal history.
"This is destined to pave the way and give hope to hundreds of thousands of precarious workers who have been covering vacant positions for years, enabling schools, research agencies and universities to function," Pantaleo said.
Carlo Rienzi, the head of consumers association Codacons, said the State now faced a mountain of litigation.
"There will be serious consequences for the Italian State," said Rienzi. "The decision of the European court paves the way for an avalanche of appeals from 150,000 precarious workers in schools, who have had their contracts renewed on a temporary basis in total disregard of European law, suffering major economic damages".