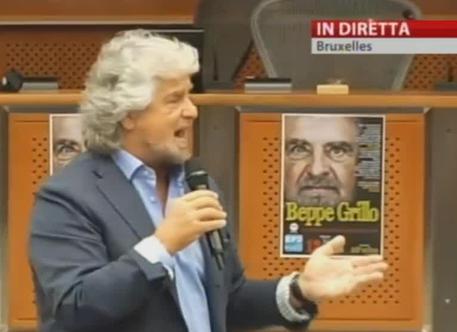 (See related) (ANSA) - Rome, November 24 - The 5-Star Movement (M5S) took a serious hit in Calabrian regional elections, failing to win a single seat and seeing its share of the total vote fall, according to a near-final count released Monday.
The anti-establishment party won about 4.88% of the vote, well down from its 21.5% share in the May vote for European Parliament, according to results. Earlier, its leader Beppe Grillo had boasted that his M5S has improved its percentage of votes regional balloting in Italy's central Emilia-Romagna region.
In Calabria, the M5S just surpassed the quorum level of 4% to be able to have some representation in the regional government, but still did not win enough votes to gain a seat.
In a post on his blog Monday, Grillo said that low levels of voter turnout at Sunday's regional elections hadn't hurt the M5S.