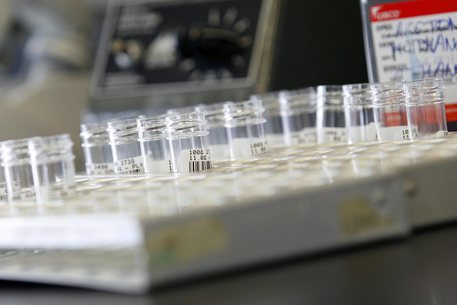 (ANSA) - Stockholm, November 17 - Italy is among a group of EU countries with the highest percentage of bacteria resistance to antibiotics, the European Centre for Disease Prevention and Control (ECDC) said in a report released on Monday to mark the 7th European Antibiotic Awareness Day.
The bacteria Klebsiella Pneumoniae, which commonly causes infection in hospitalised patients, was shown to have nearly doubled its resistance in the EU overall to the last-line of defence antibiotics known as carbapenems, going from 4.6% in 2010 to 8.3% in 2013.
In Italy, this bacteria's resistance to carbapenems more than doubled, from 15.2% in 2010 to 34.3% in 2013.
The only country higher than Italy was Greece, at 59.4%.
"With a smaller number of effective antibiotics, we are gradually returning to the 'pre-antibiotic era', when bacterial diseases could not be treated and most patients would die from their infection because there was no effective treatment," said ECDC Director, Dr Marc Sprenger.
"There is an urgent need for all European countries to look broadly at the continuum of care and tackle several factors related to prudent antibiotic use".