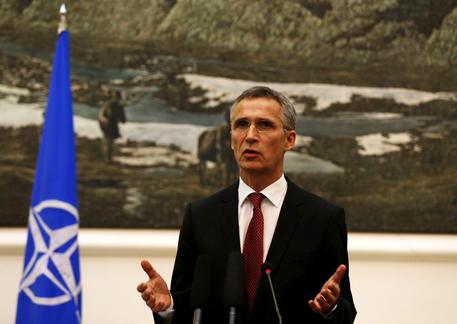 (ANSA) - Rome, November 14 - Moscow on Friday accused Organization for Security and Co-operation in Europe (OSCE) observers in south-eastern Ukraine of "helping and supporting only one side in the conflict... the Kiev authorities". NATO Secretary General Jens Stoltenberg, meanwhile, said in an interview with Italian daily newspaper Corriere della Sera that NATO supports Ukrainian sovereignty and will continue to sustain that position. Stoltenberg said Russia is conducting a significant military build-up in eastern Ukraine and along the Ukrainian border, amassing tanks, armored cars, cannons, anti-aircraft batteries, and trucks.
"We're convinced this conflict can't have a military solution. We're asking Russia to respect the Ukrainian border and not support separatists, because that could threaten the ceasefire," Stoltenberg said.
The head of NATO, who took office last month, said that the agency has quadrupled its operations and patrolling activities over the last year, compared to Russia's tripling of its military actions since 2013.
"We've reinforced our Response Force, which today is at its highest levels since the time of the Cold War, and is capable of intervening anywhere on short notice," Stoltenberg said.