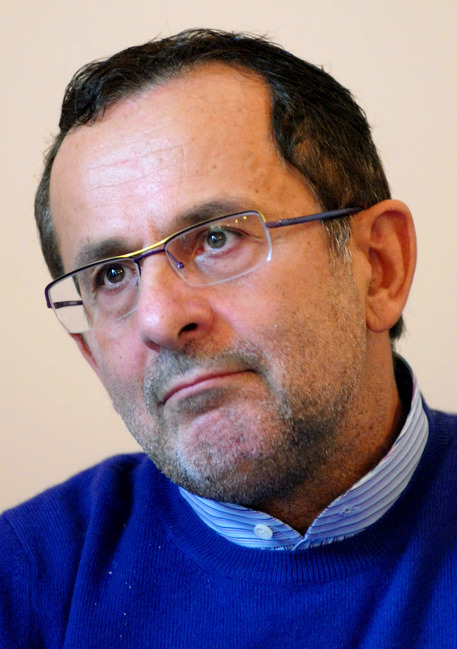 (ANSA) - Rome, November 12 - Controversial former Avvenire editor Dino Boffo, best known for editorials criticizing the lifestyle of former premier Silvio Berlusconi, has returned to the payroll of the Italian Bishops Conference (CEI) after his firing in February, ANSA has learned.
Boffo, who as editor of the CEI's daily newspaper Avvenire created waves for his attacks on then-premier Berlusconi, won a contract dispute with the bishops association in late October but will remain at home until his retirement, sources said.
A clause in Boffo's contract protected him from being dismissed, a point the 62-year-old has made during the past eight months and which the CEI now appears to have accepted.
Boffo is seeking damages from the CEI, including Secretary General Monsignor Nunzio Galantino, and a court hearing has been scheduled in Rome for February 3, 2015.
Boffo has had a high-profile career, due to his attacks on Berlusconi and subsequent counter-attacks on his reputation.
He wrote several harsh editorials criticizing then-premier Berlusconi's allegedly immoral lifestyle after a series of news reports at the time alleged the former premier had been involved with prostitutes and threw lewd parties.
Boffo wasn't alone in his criticisms. At the same time, Catholic weekly Famiglia Cristiana, sold in churches every Sunday, went even further than Avvenire, saying that Berlusconi had "overstepped the bounds of decency" with his "indefensible" behavior.
Boffo resigned as editor of Avvenire in September 2009 after allegations, which were later shown to be unfounded, that he had made obscene telephone calls and harassed a woman in the Umbrian city of Terni to leave her husband, with whom he was in a relationship.
It emerged, however, that Boffo had been fined in 2004 for allegedly harassing a woman in the winter of 2001-2002 - something the Berlusconi family-owned daily newspaper Il Giornale played up with such headlines as: 'The Supermoralist Condemned For Harassment'.
It went on to publish an opinion piece suggesting Boffo was homosexual.
Earlier this year, Berlusconi was acquitted of charges of paying for sex with an underage prostitute, as the courts ruled that he thought the infamous Moroccan dancer Ruby the Heartstealer was an adult when he paid for sex with her.