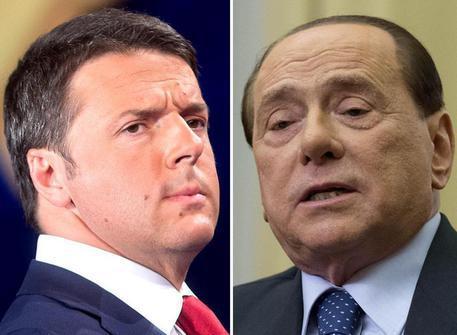 (ANSA) - Rome, November 11 - Premier Matteo Renzi sealed a deal overnight with junior partners in his ruling coalition on the main elements of the government's reform programme at a meeting late on Tuesday, ANSA sources said Wednesday.
Renzi, the leader of the centre-left Democratic Party, won the backing of the smaller parties in his executive for his plans for a new election law, Constitutional reform, including the transformation of the Senate into a leaner assembly of local-government representatives with minimal powers, and his signature Jobs Act labour reform bill, which the ruling coalition agreed to ratify by January 1.
The major concession Renzi gave the small government parties, above all the New Centre Right (NCD) party of Interior Minister Angelino Alfano, was to change the government's election bill, lowering the threshold of votes needed for a party to have representatives in parliament to 3%, the sources said.
Such a low threshold cannot please ex-premier Silvio Berlusconi for it would free smaller parties from the grip of his opposition centre-right Forza Italia (FI) party, analysts said.
The government also got a written commitment from junior allies on a winner's bonus for parties that get a minimum of 40% of the vote. The candidate heading a party list will be locked in, but voters will be able to give their preference to other candidates on the list, a certain number of which must be women.
The bill for a new election law that is currently before parliament, the so-called Italicum, sets entry thresholds of 4.5% for parties within a coalition and 8% for parties that run alone. The small parties risk having no lawmakers in parliament under this system. This version of the Italicum is the result of the so-called Nazareno pact Renzi struck with Berlusconi at the start of the year.
The fact that Renzi has now sealed a different deal within his own ruling majority increases the pressure on Berlusconi and sounds much like a challenge, analysts said.
The premier is essentially ready to go it alone, with or without Forza Italia's backing, and aims to get the electoral reform bill before a Senate committee within the week so it can reach the floor of parliament by year's end and get ratified by February.
Berlusconi must make up his mind on whether or not to support the electoral reform, after the two leaders failed to reach an agreement at a meeting last week in which Renzi reportedly set Berlusconi a deadline of just a few days to decide. The two are likely to meet again Wednesday to try to hammer out a deal, sources told ANSA Tuesday.
"We have the numbers in parliament to go it alone, but our ambition is to carry out the reforms with everyone," PD Deputy Secretary Lorenzo Guerini said.
As well in the final document - which Renzi wrote himself after last night's three-hour meeting with his coalition partners - the government renewed its commitment to rule through the end of its mandate in 2018.
"Early elections would be a mistake and an unacceptable defeat," according to the document.
As well, the ruling coalition agreed to get a first reading of the Senate reform bill through the Lower House by January and the Upper House by March.