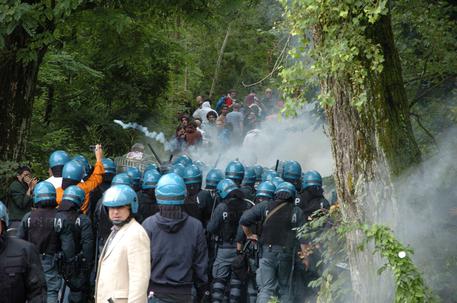 (ANSA) - Rome, November 11 - The controversial high-speed TAV rail project between Turin and Lyon is a government priority and Italy will join France in requesting co-financing from European authorities in February or March, Transport Minister Maurizio Lupi said Tuesday.
In remarks to the Lower House, Lupi also said that a proposed bridge linking mainland Italy and Sicily may be a lower priority but it is still seen by him as a strategic project.
Lupi recently suggested that Italy may spend 2.9 billion euros on the TAV project, which has triggered large and sometimes violent demonstrations by opponents who say the project linking the two major European cities is too expensive and environmentally damaging.
"One of the priorities of the government is the Turin-Lyon line and I can confirm before Parliament....that France and Italy will ask for European co-financing," said Lupi.
Supporters say TAV will cut down on automobile and truck pollution and make shipping and transit more efficient.
The Italian and French governments have insisted that the link will not only speed passenger and freight traffic but also boost both countries' economies.
Meanwhile, Lupi said that other infrastructure projects, including several transportation plans, are being funded through the government's Unblock Italy program.
Although the bridge across the Straits of Messina is important, at the moment improving other transportation links on Sicily as well as between northern and southern Italy are higher priorities, said Lupi. "The government has no resources" to resume the stalled suspension bridge project that would provide a "strategic link" between Reggio Calabria and Sicily, said Lupi. Ex-premier Silvio Berlusconi pledged to build the bridge to end Sicily's isolation but the massive project priced at 8.5 billion euros was scrapped by Mario Monti's government in 2012.