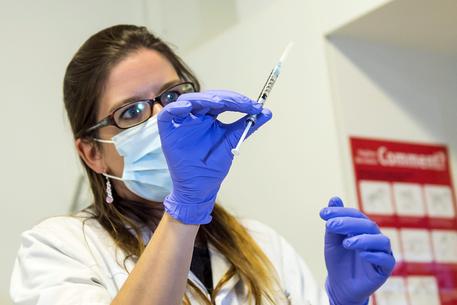 (ANSA) - Brussels, November 6 - The European Union said Thursday that it is increasing its spending on aid to combat the epidemic of Ebola in Western Africa, exceeding an earlier target of one billion euros.
The European Commission and the pharmaceutical industry said that a budget of 280 million euros has been set aside for research on the Ebola virus.
The goal is to accelerate development of vaccines and drugs.
Luxembourg was the first European country to make a plane available for medical evacuations, and a ship from the Netherlands will transport ambulances, laboratories, mobile hospitals and other facilities to West Africa.
Last month, the EC announced plans to increase financial aid to one billion euros for the fight against Ebola.
The Ebola outbreak continues in Guinea, Liberia, and Sierra Leone.
The World Health Organization said its latest figures show there have been 13,042 confirmed, probable and suspected cases of Ebola around the globe and 4,818 reported deaths.