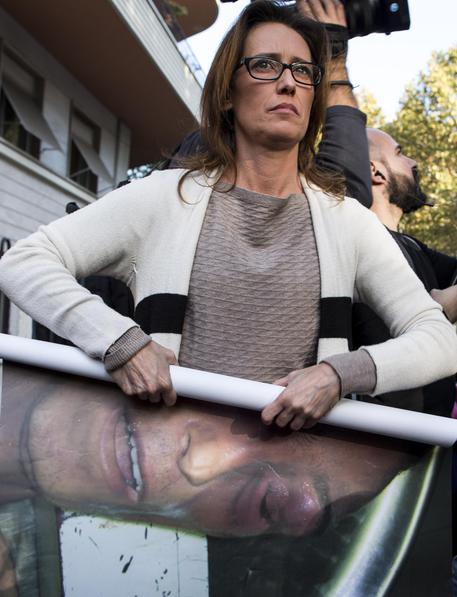 (ANSA) - Rome, November 3 - Italy's Sappe union representing penitentiary police officers announced on Monday it is suing Ilaria Cucchi, sister of 31-year-old Stefano Cucchi who died in custody in 2009.
The secretary-general of Sape, Donato Capece, said the union had previously chosen to maintain a ''low profile'' but could not accept the ''judgements and allegations'' made by Ilaria Cucchi after an appeals court last Friday acquitted all accused in her brother's death.
A first-instance trial last year acquitted three warders and three nurses in the case, a decision upheld by the appeals court last week.
At the first-instance trial, however, five doctors and a hospital staff member were convicted of manslaughter, a ruling struck down on Friday.
The Cucchi family expressed outrage after the acquittals and Ilaria Cucchi said she wanted to meet Rome Chief Prosecutor Giuseppe Pignatone to push for an appeal, which means the case could be heard for a third time by Italy's supreme court, the Court of Cassation.
''All statements made by Ilaria Cucchi are clearly aimed at instigating hatred and suspicion towards a whole category of people operating in the security sector, in particular against those who are in charge of the custody of people under arrest or detention, as provided by law'', Capece said on Monday.
Rome prosecutors have said they are willing to reopen investigations, provided there are sufficient grounds to do so.
Cucchi died in the prison wing of Rome's Pertini hospital on October 22, 2009, one week after he was arrested on a drug charge.
An autopsy found he was seriously dehydrated, had two broken vertebrae and internal organ damage at the time of death.