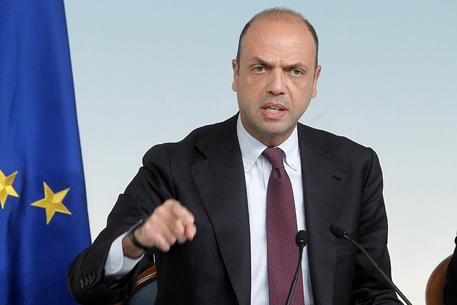 (ANSA) - Rome, November 3 - Interior Minister Angelino Alfano said Monday that the illegal occupation of homes in Milan is "totally unacceptable" and the Italian government is "ready to take action".
In an interview with television program 'La telefonata di Belpietro', Alfano said the government has approved a law that includes measures against illegal property occupation.
"We will not accept that this lawlessness goes ahead," he added.
The city council in Milan says there has been a jump in complaints about aggression and violence surrounding the illegal occupation of houses, often by immigrants.
The public housing agency has reportedly seen a significant jump in the number of illegal occupants who force their way through locked doors into vacant homes and settle in.
In a 24-hour period in mid-October, inspectors confirmed 24 of 39 complaints of squatters and in 16 cases, could not convince occupants to leave.
Similar levels have been reported for two years, with some 1,400 Milan houses illegally occupied since the beginning of 2013.
Politicians from the centre-right Forza Italia (FI) and Northern League have complained that crimes by foreigners, particularly rape and sexual violence, have risen rapidly in areas where squatters stay.
"The illegal squatting in public housing in Milan is a national emergency," said Mariastella Gelmini, a Lombardy regional coordinator with FI, founded by ex-premier Silvio Berlusconi.
"The situation is dramatic, with neighborhoods dominated by criminal gangs who run a real squatting racket".
The Milano head of Italy's Conference of Italian Bishops (CEI) urged compassion and better treatment of people who have no other homes than those they occupy illegal.
Cardinal Angelo Scola called Sunday for "solidarity" with those who are in crisis.
During an open-air Mass, Scola said that he understood the hardship and trials being placed on the community, but said Christians should be able to balance "rights, duties, and laws".
Waves of migrants have arrived in Italy, fleeing war and famine in the Middle East and Africa in particular.
But with the economy stagnant for the past six years, steady employment and rental money has been increasingly hard to find in Italy.