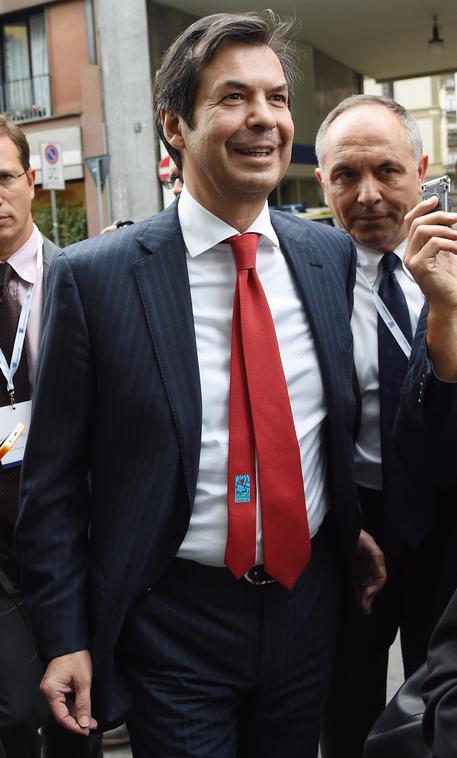 (ANSA) - Rome, October 31 - The head of Italy's largest retail bank Intesa Sanpaolo said Friday that there was "no way" his institution would merge with troubled Monte dei Paschi di Siena (MPS).
"It is not possible in any way that MPS will become part of Intesa Sanpaolo," said Chief Executive Officer Carlo Messina.
"We are following our own business plan".
Intesa said earlier this week that it was not planning any domestic acquisitions following reports that MPS might be a candidate for takeover after stress tests by the European Central Bank found the Siena-based institution had a capital shortfall of 2.1 billion euros.
Those stress tests, performed on 130 European banks, found that nine in Italy had capital shortfalls but seven had already taken remedial action.
Of the remaining two, MPS had the largest hole and is expected to present a plan to correct the problem by November 10 to the ECB.
The other Italian bank with capital holes was Banca Carige of Genoa, which was short about 810 million euros and said it has a plan to raise the funds on markets.
Both banks have taken a beating on equity markets following last Sunday's ECB report, with MPS losing roughly one-third of its value.
Short-selling in MPS, the world's oldest continuously operating bank, has been temporarily banned amid volatility.
The capital shortfalls at the two banks are the result of poor management decisions that the Bank of Italy has highlighted in the past, central bank Governor Ignazio Visco said Friday.
Troubled MPS raised some five billion euros in new capital in early summer in order to repay a State bailout and avoid nationalization, as well we shoring up reserves ahead of the ECB assessment.
The bank had received a 4.1-billion-euro bailout approved under former premier Mario Monti, and had been threatened with nationalization if it failed to repay the government support.
That came just before the bank was thrown into crisis when it emerged in January 2013 that a shady series of derivative and structured-finance deals had produced losses of 720 million euros.
Since then, MPS has come under the spotlight in relation to investigations for suspected insider trading and fraud.
MPS has also been at the center of a judicial investigation into its acquisition of smaller rival Antonveneta in 2008 as well as the derivatives trades the bank allegedly used to conceal losses.