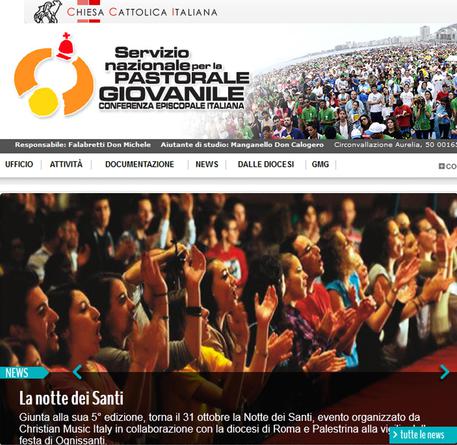 (ANSA) - Rome, October 30 - Throughout Italy, the Catholic church has taken pains to organize October 31 events in hopes of drawing youth away from the temptation of carving a pumpkin or attending a Halloween costume party.
Alternative events include all-night prayer vigils, Masses, and Christian rock concerts.
"It's OK to have a party if the children want one, but let us not forget All Saints' Day and All Souls' Day (November 1 and 2, respectively)," said Catholic weekly Famiglia Cristiana (Christian Family).
"This kind of feast...does not belong to our Christian roots," commented the bishop of Assisi, Monsignor Domenico Sorrentino.
Halloween is not a traditional date on the Italian calendar but has been growing in popularity in recent years, with trick-or-treating becoming more common and pumpkin sales rising.
Codacons, a consumer group, says some 10 million Italians celebrate the festival each year, with a turnover estimated at some 300 million euros ($420 million).
More than a million pumpkins are sold over the holiday while fancy-dress shops whose traditional bonanza used to come at Carnival time in February now make a killing in masks, costumes and accessories.
One place in Italy has a much longer Halloween history.
A small town in the southeastern region of Puglia, Orsara di Puglia, has been celebrating it for the past 1,000 years.
According to local historians, the only real difference between the American tradition and the town's version of Halloween is the date.
Halloween, a secular take on All Hallows Eve, the night before All Saints Day, is traditionally celebrated on the night of October 31, but in Orsara di Puglia the pumpkins come out on the evening between November 1 (All Saints Day) and Nov 2 (All Souls Day).
Hollowed-out and candle-lit pumpkins are placed outside homes on the evening of All Saints Day to keep away evil spirits and witches.
Townsfolks also light huge bonfires in the streets so as to illuminate the path of souls on their way to Purgatory.
Historians have traced Orsara's tradition back to a short-lived 8th-century incursion by a Germanic people, the Longobards, who in more northern parts supplanted older civilisations and reigned as the Lombards.