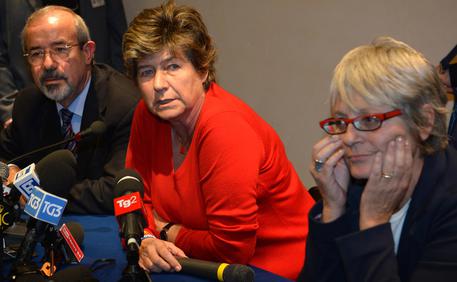 (ANSA) - Rome, October 27 - The leaders of Italy's four main labor union federations were incensed Monday after a meeting with government ministers, ostensibly to discuss the government's proposed 2015 budget, turned out to be what they said was a one-sided exercise.
The government sent its labor, economy, and civil service ministers to the table without a mandate to negotiate, respond, or even schedule further meetings, the union leaders said.
"They had no mandate to debate anything with us," said CGIL chief Susanna Camusso. "This government does not intend to share or even measure itself with us," she said. "What happened today boiled down to 'send us an email'. It was surreal". UIL leader Carmelo Barbagalllo echoed her, saying "the ministers had no mandate to answer us". "We expect a real debate. We have so many questions that need answers," Barbagallo added. "If we get a hearing we will be glad, otherwise we will act accordingly".
"Today's meeting was between those who talked and those who listened," said CISL secretary-general Anna Maria Furlan. "Today they just listened. It was not a negotiation".
"The lack of debate will certainly bring us to a negative opinion of the relationship between government and labor," said UGL Secretary Ermenegildo Rossi. "The crisis should bring about a pact between all sides, instead they told us to send them an email".
One of the items unions disagree with is the government's proposed severance pay advance - on an optional basis - to employees in an effort to boost lagging internal consumption.
"Today's workers will be tomorrow's impoverished senior citizens," Furlan said.
As well, the unions fear that regional spending cuts requested by the government as part of its spending review will likely translate not into less waste and more efficiency, but in more taxes and fewer public services. They also disagree with the IRAP regional business tax cut, saying it should be extended only to companies that make investments, and that the government has not included enough money for social welfare and funds.
"We will evaluate your indications," Labor Minister Giuliano Poletti reportedly said at the end of the meeting.