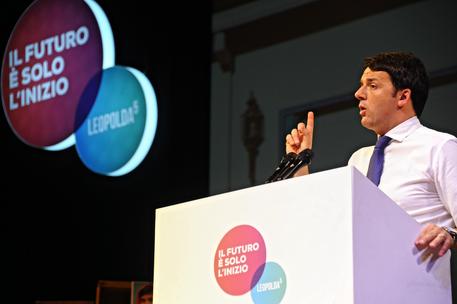 (ANSA) - Rome, October 27 - Premier Matteo Renzi launched a stinging attack on the left wing of his Democratic Party (PD) after two major events at the weekend exposed the deep divisions within the group.
Several rebel members of the centre-left PD took part in a massive rally in Rome organised by the left-wing CGIL trade-union federation against the government's Jobs Act labour reform, which seeks to soften the rules on unfair dismissal to encourage firms to take on staff.
Speaking at an annual conference Renzi has held for several years in his native Florence, the so-called Leopolda, the premier said he had no fear of a possible split that would see members of the left wing of the party forming a new party.
He also ridiculed the rebels' and CGIL's defence of the current labour regulations, outlined in the 1970 Workers Stature.
Renzi said the world had changed and "jobs for life no longer exist".
He added that applying rules from the 1970s to the modern world was like trying to use a roll of film in a digital camera or trying to use tokens on an iPhone.
He also said he would not give the PD, which won over 40% of the vote in May's European elections, back to the old class of party leaders, who he said would take its popularity back down to around 25%. But CGIL leader Susanna Camusso stood her ground on Monday.
"The premier does not know what he's talking about when he says steady jobs no longer exist," said Camusso, who has said the CGIL may call a general strike after Saturday's rally, which the union said one million people took part in.