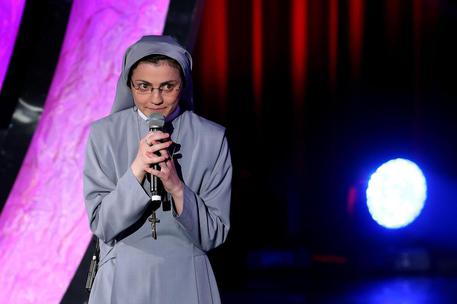 (ANSA) - Rome, October 22 - Sister Cristina Scucci, who won Italy's televised singing talent contest The Voice earlier this year, was criticized on Wednesday in an editorial by the Italian Bishops' News Agency SIR for her choice to cover Madonna's Like a Virgin.
The news agency called her choice a "reckless and calculated commercial operation".
"The public is always intrigued by the devil versus holy water theme, but not even the American nuns in Sister Act would have thought of something like this," the editorial said.
Sister Cristina signed a contract with Universal for an album due out in November, and called the remake, which is one of the singles on the forthcoming album, "a secular prayer", a comment the news agency dubbed "blessedly naive".