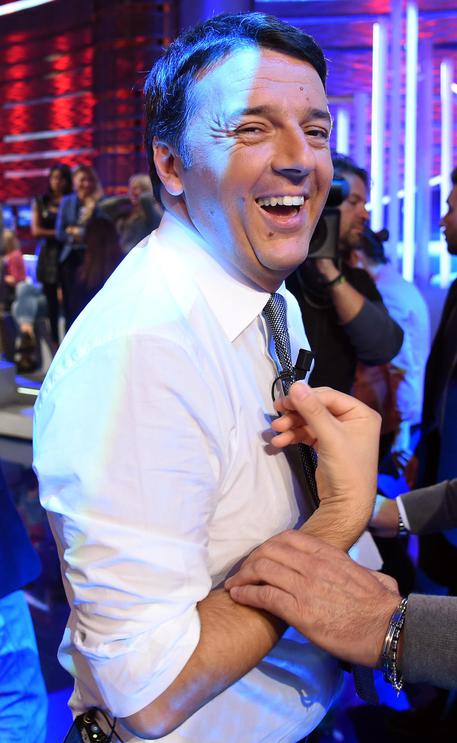 (ANSA) - Rome, October 21 - Premier Matteo Renzi faced a number of budget-related headaches Tuesday, from unions blasting measures affecting pension paydays to questions and 'clarifications' sought from the European Commission.
Unions representing pensioners complained that a measure in the government's 2015 budget law will sow confusion by changing the day on which State pensions are paid.
Instead of payments issued to pensioners on the first of each month, beginning next year, they will be paid on the 10th.
"It's a full-blown attack on the elderly," the leaders of the SPI CGIL, FNP CISL and UILP UIL unions said in a joint statement. "It's simply unacceptable. We ask ourselves what the pensioners and elderly have done to be treated like this".
Late in the day, the public pension agency INPS said it would implement the change gradually, adding the new measure will save millions by aligning public pension paydays with other pension paydays. Meanwhile, sources said that President Giorgio Napolitano's office was conducting a "careful examination" of Renzi's budget law, which the president must sign off on before it can begin its passage through parliament. The sources said careful study was needed as it was "a highly complex bill by its nature".
The bill faced similar close scrutiny at the European Commission, where Economic Affairs Commissioner Jyrki Katainen warned that the EC was "in contact with the Italian authorities to have clarifications about some figures" in the budget law. His economic affairs directorate general was working on a letter of response to Rome's budget plan, added Katainen.
However, Renzi's government is not worried about the EC's reaction, said Italy's European Affairs Undersecretary Sandro Gozi.
There is speculation the EC may ask for Rome to make changes.
"We are relaxed," Gozi told ANSA outside meetings in Luxembourg. "The budget is already compatible with EU rules and coherent with the commitments made, which also ensure growth".
The budget features 18 billion euros in tax cuts as part of a drive to boost growth in the recession-battered Italian economy and create jobs, with unemployment over 12%.
Around 11 billion euros of financial coverage for the cuts will come from allowing Italy's deficit-to-GDP ratio to drift up towards the 3% threshold allowed by the EU.
Italy has told the EC that the budget will enable it to reduce its "structural" deficit by 0.1% of gross domestic product between 2014 and 2015 in the draft budgetary plan it sent Brussels.
According to some reports, the EC wants a much bigger reduction in the structural deficit, which the draft budgetary plan said will come down by 0.5% of GDP in 2016.
Renzi's government recently said in the revised version of its three-year economic blueprint, the Economic and Financial Document (DEF), that it will not be able to balance the budget in structural terms until 2017, one year later than its previous target.
Economy Minister Pier Carlo Padoan says he hopes that Italy's gross domestic product will increase by at least 0.6% next year, as his government has forecast.