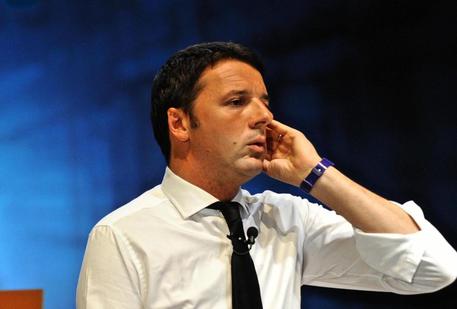 (ANSA) - Luxembourg, October 21 - Premier Matteo Renzi's government is not worried about how the European Commission will react to its 2015 budget bill, European Affairs Undersecretary Sandro Gozi told ANSA on the sidelines of an EU meeting in Luxembourg on Tuesday. There is speculation the EC may ask for Rome to make "corrections" to the budget. "We are relaxed," Gozi said. "There is continual contact (between Rome and Brussels), but this is natural dialogue. "The budget is already compatible with EU rules and coherent with the commitments made, which also ensure growth".
The budget features 18 billion euros in tax cuts as part of a drive to boost growth in the recession-battered Italian economy and create jobs, with unemployment over 12%.
Around 11 billion euros of financial coverage for the cuts will come from allowing Italy's deficit-to-GDP ratio to drift up towards the 3% threshold allowed by the EU.
Italy has told the EC that the budget will enable it to reduce its "structural" deficit by 0.1% of gross domestic product between 2014 and 2015 in the draft budgetary plan it sent Brussels.
According to some reports, the EC wants a much bigger reduction in the structural deficit, which, unlike the nominal budget deficit figure, is adjusted for the business cycle.
The draft budgetary plan said that the structural deficit will come down by 0.5% of GDP in 2016.
Renzi's government recently said in the revised version of its three-year economic blueprint, the Economic and Financial Document (DEF), that it will not be able to balance the budget in structural terms until 2017, one year later than its previous target.