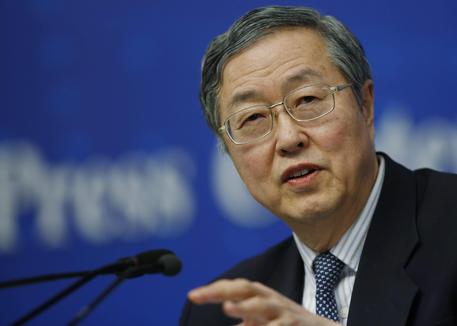 (ANSA) - Milan, October 21 - The Chinese central bank has bought 2.001% of storied Milan merchant bank Mediobanca, Milanese bourse regulator Consob reported Tuesday. In recent months the People's Bank of China has been found to have stakes in Italy's largest listed companies: Generali, Eni, Enel, Prysmian, Telecom and Fiat. Meanwhile, the huge utilities company the State Grid Corporation of China has now acquired 35% of CDP Reti - the parent company of the energy and gas distribution networks Terna and SNAM - while Shanghai Electric has bought a 35% stake in Ansaldo Energia.
The threshold to make public a company's presence as a shareholder is 2%, and in all the operations that have come to the public eye the Chinese stake is just over that, implying that they have decided not to keep as low of a profile as they normally do.
The People's Bank of China has taken a 2.014% stake in one of Italy's largest insurance companies Generali, national financial market regulator Consob said Friday.
It's the latest in a string of strategic purchases by the Chinese central bank in major Italian firms.
In recent months, the bank has bought up shares in Torino-based automaker Fiat, Telecom Italia, cable-maker Prysmian, and energy majors Eni and Enel.