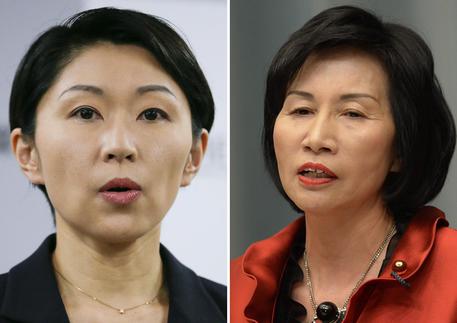 (ANSA) - Rome, October 20 - Two of five female ministers in the Japanese cabinet stepped down Monday after each was hit by a separate scandal.
The resignations of Economy Minister Yuko Obuchi and Justice Minister Midori Matsushima dealt a hard blow to the government of Premier Shinzo Abe, who apologized to the public. "I was the one who called them," said Abe in a press conference. "I take responsibility and deeply apologize". Obuchi is suspected of having spent the equivalent of roughly 74,000 euros from 2007 to 2012 on beauty products rather than political activities. Masushima is accused of violating electoral law by distributing flyers with her picture and name to voters in her constituency. Abe said replacement ministers would be announced Monday.