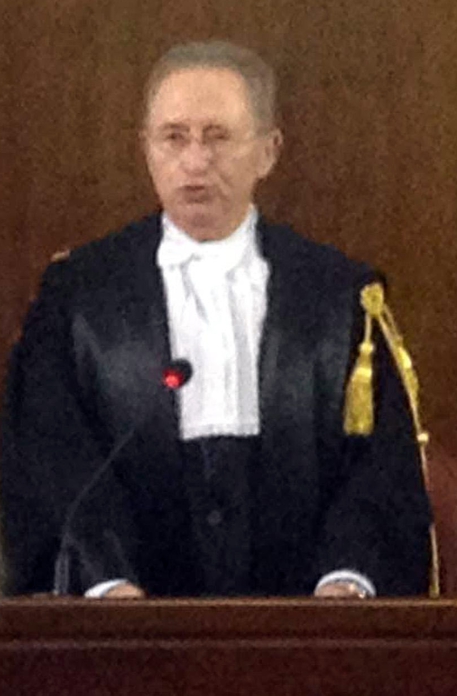 (ANSA) - Milan, October 17 - Milan appeals court judge Enrico Tranfa confirmed Friday that he quit the judiciary after signing the court's explanation for its decision to acquit ex-premier Silvio Berlusconi of charges on involvement in child prostitution and abuse of office. Tranfa refused to comment on media reports that he resigned on Thursday in dissent as he was opposed to the other two judges on the panel's decision to clear Berlusconi, but was outvoted.
"I handed in my resignation, full stop. Everyone can think what they want," Tranfa told ANSA. "It was a well thought-out decision. No one is indispensable, everyone can be useful". The court said "paid acts of a sexual nature" took place between Berlusconi and Ruby, whose real name is Karima El Marough.
But the explanation said it acquitted the the 78-year-old billionaire of the underage prostitution charge because there was no proof Berlusconi knew Ruby was 17 at the time - one year under the legal limit for sex workers. It also said Berlusconi "did not threaten" police to get them to release Ruby, after she was detained following a theft accusation, by claiming she was the niece of former Egyptian leader Hosni Mubarak. This was why he was cleared of the abuse-of-office charge, for which he was sentenced in the first-instance trial to six years.