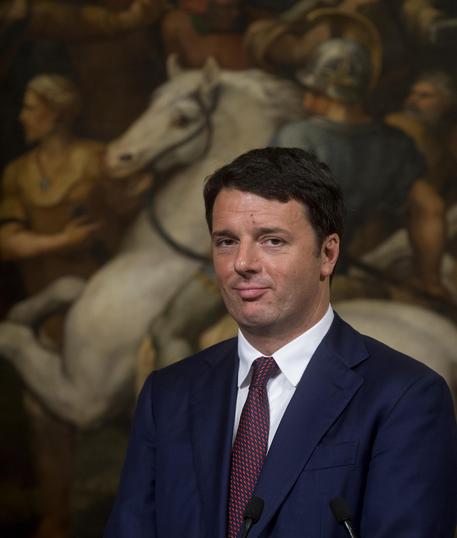 (ANSA) - Rome, October 15 - Premier Matteo Renzi repeated his pledge Wednesday to cut taxes by 18 billion euros in a post on his Twitter account hours before the 2015 budget comes down.
"The difference between the 2014 budget and 2015 is that there are 18 billion in lower taxes. That's it. Restart Italy," Renzi tweeted.
Meanwhile, the economic pointman for Renzi's Democratic Party (PD) said Wednesday that officials are still considering whether to include in the budget bill a controversial measure giving workers an advance on their severance pay.
Filippo Taddei told RAI News 24 that "we are considering whether the measure" should be included.
The government has said giving workers the extra cash might boost consumption and economic growth while business says it needs to keep that money for other purposes.
On Tuesday, Italy's employers on Tuesday hailed Renzi's 2015 budget bill as a dream come true while Italy's largest CGIL labor federation slammed it failing workers.
The 30-billion-euro budget adjustments, headed for cabinet approval Wednesday, features the 18 billion euros in tax cuts aims to kick-start the Italian economy, which has become stagnant. The government has said it will raise some 16 billion euros by slashing bloated public administration spending, including items such as chauffered cars for ministry staffers, and by going after tax evaders.
Not enough, says labour leaders.
"I think that the mix of spending cuts and tax reductions for some will keep the country in the recessionary state it's in at the moment," said CGIL chief Susanna Camusso.
"The budget does not stimulate investments or create jobs".
Camusso on Monday threatened to call a general strike against the government, which she said "takes its platform from Confindustria," which represents Italy's largest industrial employers. She added that Renzi "has no idea where to take the country" and called for tax increases on the wealthy including higher inheritance taxes.
Labour Minister Giuliano Poletti said the budget bill is "expansive" and "mobilizes resources to restart the Italian economy".
The president of the Confindustria industrialists waxed enthusiastic over Renzi's measures.
"We cannot but declare our utmost satisfaction," Giorgio Squinzi said. "(The measures) go exactly in the direction we have been calling for over many years".
Squinzi added that "when I heard the premier announcing the budget measures I honestly felt almost as though a dream of ours had come true". Renzi's measures include omitting labour taxes from the IRAP regional business tax and a three-year tax exemption for employers hiring permanent staff.
"This budget has a radically new approach,"Cabinet Undersecretary Graziano Delrio has said. "We want to put money in the pockets of Italians on a regular basis, and now everyone, including entrepreneurs, will know they can count on structural measures".
Also on Tuesday, Economy Minister Pier Carlo Padoan cautioned that it was "too early" to say exactly what measures the premier would include in his budget due Wednesday. Renzi has presented "some components" that have yet to be approved by cabinet, said Padoan, who was asked about corrective measures to meet EU guidelines.
The bill contains a resolution delaying balancing the budget in structural terms until 2017 and not 2016 as previously pledged to the European Union.