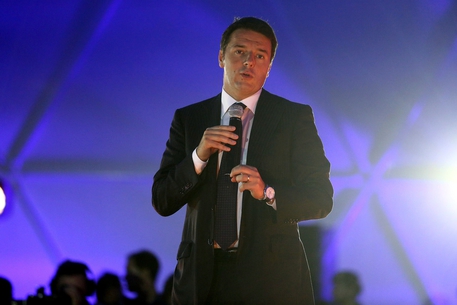 (ANSA) - Rome, October 13 - Premier Matteo Renzi said Monday that this week's budget will include some 30 billion euros in new measures and adjustments, including 18 billion in tax cuts.
He made the pledge in comments to the Confindustria group of large industrial employers in Bergamo, where he also promised that employers who hire new staff next year on permanent contracts will be given a break on some tax contributions for a three-year period.
He also said he would cut 6.5 billion euros from the IRAP regional business tax. "We will abolish the labor component of IRAP as of 2015," the premier said.
He also urged listeners to "set ideological and cultural divisions aside and give not us but Italians a hand".
Renzi was met with jeers from a delegation of workers in factories organized by unions, particularly the Fiom.
Trade union federations have organized demonstrations for October 25, to be followed by a general strike, to protest Renzi's reforms to labour laws in Italy.
They are especially opposed to measures that would reduce job protections currently set out in Article 18 of the 1970 Workers' Statute.