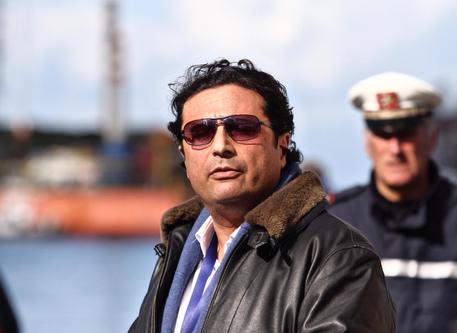 (ANSA) - Grosseto, October 7 - Former Costa Concordia captain Francesco Schettino was absent from trial proceedings for the second day in a row on Tuesday, citing family difficulties.
On Monday Schettino's laywer, Domenico Pepe, said Schettino will take legal action against his ex-lover, Moldavian dancer Domnica Cemortan, for suggesting he had a mysterious object taken away on the night of the January 2012 disaster in which 32 people died.
In Tuesday's hearing, Pepe said, "If Domnica Cemortan were to run in the next elections in Moldova, then we'd really be finished".
Tuesday's hearing, the forty-fourth in the trial, began with passenger testimony.
"We were terrified. The ship was tilted and the lifeboat wouldn't go down. There wasn't anyone to help us, we couldn't see any crew members and it was dark," shipwreck survivor Ernesto Carusotti said. Carusotti said that the lifeboat was almost capsized by the ship as it overturned, and Carusotti's wife, Paola Falconi, said there weren't any crew members to assist them once they reached land on the island of Giglio.
"We were told to get on a bus, and we were mute, none of us could speak," Falconi said.