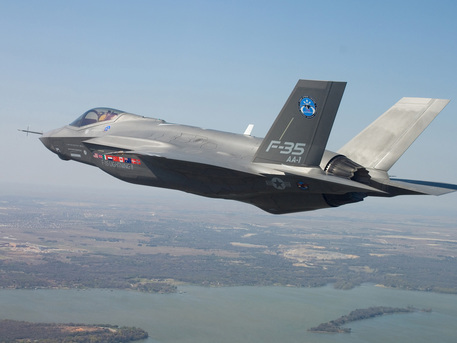 (ANSA) - Rome, September 24 - The Lower House on Wednesday approved a motion committing the government to reviewing its budget for the F-35 fighter jet "with the final aim of halving the financial budget originally planned". The motion was approved by the parties supporting Premier Matteo Renzi's government and the opposition centre-right Forza Italia (FI). In 2002 Rome agreed to buy 131 jets but it cut the order to 90 in 2012, saving the country some five billion euros, according to some estimates.
Allies, including the United States, have urged Italy to maintain its plans to buy 90 of the aircraft, which manufacturer Lockheed Martin said will cost about $108 million each.