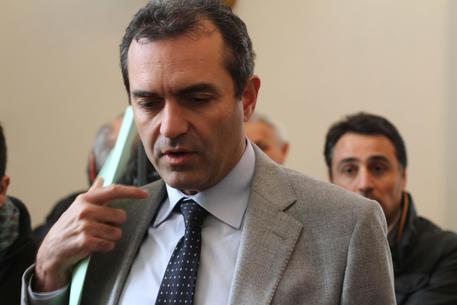 (ANSA) - Rome, September 24 - Naples Mayor Luigi De Magistris bemoaned his suspended 15-month sentence after he was found guilty Wednesday of abuse of office while working on a corruption case in his former role as a prosecutor. De Magistris was indicted in 2010 for alleged involvement in obtaining the telephone data of some MPs, including former premier Romano Prodi, without the proper authorisation. Rome prosecutors in May asked for the case against de Magistris to be dropped. They argued he only had a secondary role in the handling of this part of the so-called Why Not case in the southern region of Calabria and should therefore be acquitted. In the same verdict Wednesday, an information technology consultant who worked on the case, Gioacchino Genchi, was also sentenced to 15 months in prison.
In Italy sentences below two years are automatically suspended.
"My life has been turned upside down, I have been subjected to the worst injustice," the mayor said.
"I am deeply pained by this baseless conviction. I would do it all over again, and I won't give in to the temptation of completely losing my trust in the State," he said.