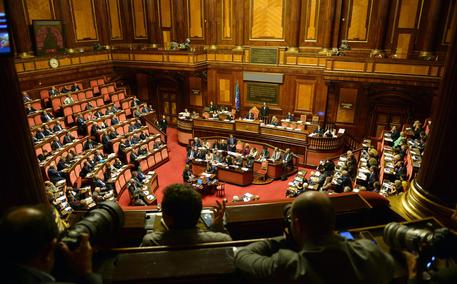 (ANSA) - Rome, September 23 - A dissenting minority of as many as 38 MPs from Premier Matteo Renzi's Democratic Party (PD) said Tuesday it will file seven amendments to an enabling law on the premier's Jobs Act. The Jobs Act, which has been approved at the committee stage, progressively raises safeguards for new hires, slashes the plethora of temp contracts currently plaguing entry workers, and establishes a minimum wage and universal unemployment benefit.
It also scales back protections contained in Article 18 of the 1970 Workers Statute, which says unfairly dismissed workers have a right to be reinstated.
The minority group, which opposes scaling back Article 18, has proposed a compromise solution that would include both the premier's contract with progressively more protections and the right to be reinstated in case of unfair dismissal, but after the first three years on the job.
Also on Tuesday, the dissenters requested a meeting with the premier - who is attending a UN climate conference in New York - to discuss a unified labor policy statement.
If Renzi won't budge, the rebels might ask the PD rank and file to have their say via referendum, dissenting PD Senators said.