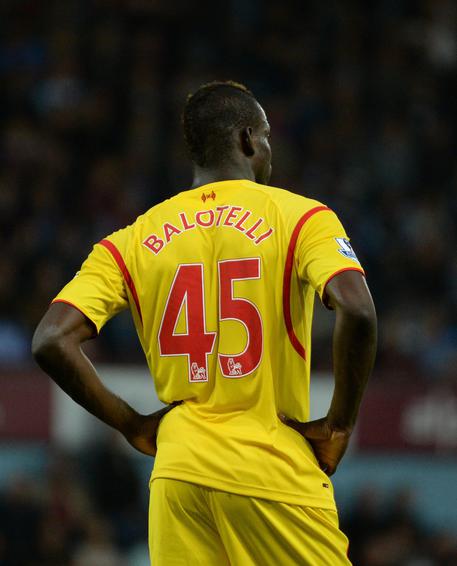 (ANSA) - Rome, September 22 - British police are investigating the barrage of racist abuse Liverpool's Italian forward Mario Balotelli was subjected to after mocking rivals Manchester United on Twitter.
The abuse started after the 24-year-old striker posted "Man utd ... LOL" on his account, @FinallyMario, after United surrendered a 3-1 lead in a 5-3 defeat at Leicester City on Sunday.
Several people responded by calling the black player a "monkey".
One of the worst attacks was posted by a profile of a person calling himself Craig Sainsbury.
It called Balotelli, who has Ghanaian roots, a "n**ger" and told him to "eat some bananas and get Ebola".
Balotelli, a talented player who has a poor disciplinary record and image for being a rebel, has been subject to racist abuse many times in the past. Earlier this year a teenager shouted "sh*tty black" at him at Italy's pre-World Cup training camp near Florence.
Last year T-shirts saying 'if you bleach Balotelli he'll still stink' went on sale in a shop in central Naples.
Porto were fined 20,000 euros because their fans racially abused him during a Europa League tie in February 2012 when he was a Manchester City player.
Juventus had to play a game behind doors in 2009 after their supporters directed chants of "there's no such thing as a black Italian" at him when he was an Inter Milan player.