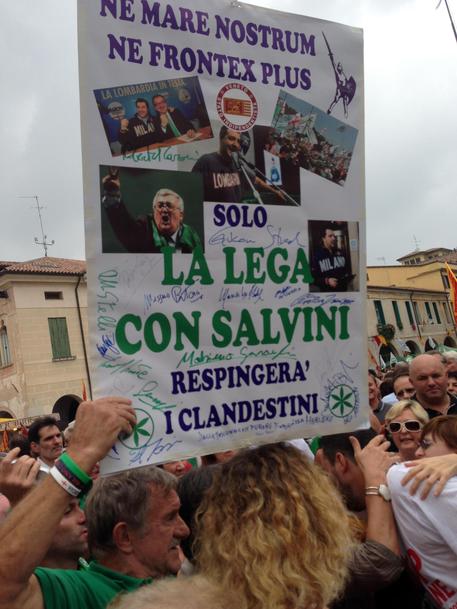 (ANSA) - Treviso, September 22 - An investigation is underway after a local official from the anti-immigrant, federalist Northern League party posted allegedly racist language and images on his public Facebook profile on Monday, then deleted them a few hours later due to a public outcry.
"What do you throw a drowning gypsy? His wife and kids", wrote Andrea Della Puppa, a League secretary in the village of Maserada in the north-eastern Veneto region.
As well, Della Puppa two days ago posted a quote by former integration minister Cecile Kyenge on the need to extend immigrants a warm welcome, along with a photo of Hitler with a flamethrower and a caption reading "Let them have it, by God!" Della Puppa could be cited under the 2013 Mancino Law, which prosecutes racism, hate crimes, discrimination, and instigation to commit acts inspired by Nazi ideology. Also on Monday, Veneto Governor Luca Zaia condemned Della Puppa's posts.
"This uncivilized attitude has nothing to do with the League," said Zaia, calling for Della Puppa to issue a public apology and for the party to discipline him.