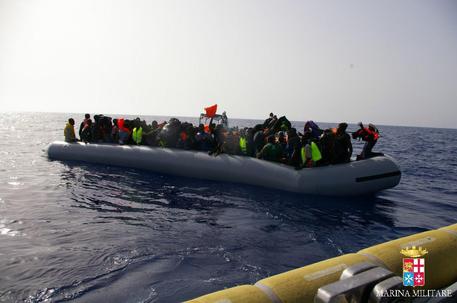 (ANSA) - Strasbourg, September 22 - A Council of Europe report said Monday that Italy is not doing enough to combat human trafficking. The report by the Council of Europe's expert group on human trafficking, GRETA, said that in Italy "there are shortcomings in the identification of victims of trafficking and data collection, lack of awareness about the problem of THB (trafficking in human beings) among the general public and certain public officials, and insufficient attention to trafficking for purposes other than sexual exploitation". It said that reports suggested that human trafficking for the purpose of labour exploitation of undocumented migrants had assumed "worrying proportions in Italy, but is not addressed adequately".
It added that the trafficking of children for sexual exploitation, forced begging and forced crime is reportedly on the rise The report also said it was "concerned that the conviction rates are very low". It noted that only 14 human traffickers were convicted in Italy in 2010 and nine in 2011.
The Council of Europe conceded that Italy is particularly vulnerable to migrant smuggling and trafficking, due to its geographical position and long coastline.
The report called on Rome to strengthen efforts to ensure that "crimes related to THB for all types of exploitation are proactively investigated and prosecuted promptly and effectively, leading to proportionate and dissuasive sanctions".
Italy is struggling to cope with a big increase in the number of migrants coming from North Africa this year. Italy has received over 118,000 arrivals this year, most of them rescued at sea by Italy under its naval operation, Mare Nostrum.
Rome set up Mare Nostrum after 400 people perished in two migrant boat disasters off the coast of Sicily last October.
The United Nations Refugee Agency, UNHCR, said last week that more than 2,500 people have drowned or gone missing attempting the Mediterranean crossing this year alone, including over 2,200 since the start of June.