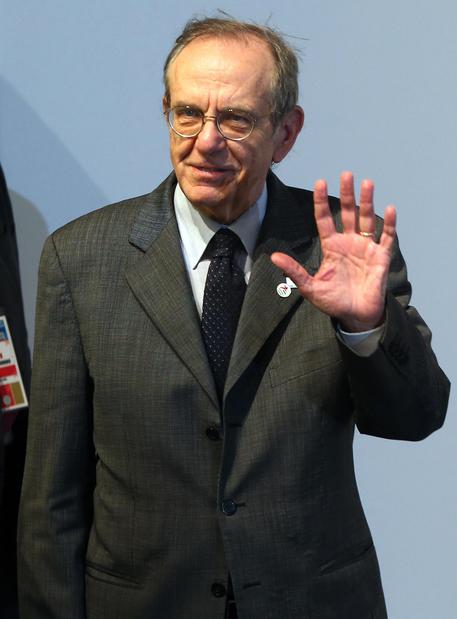 (ANSA) - Berlin, September 16 - The Italian government has been "working like crazy on reforms," Economy Minister Pier Carlo Padoan said in an interview published Tuesday in German newspaper Handeslblatt.
Padoan denied allegations that the Italian government has promised too much and under-delivered, saying that it was necessary to set out an ambitious reform plan for his troubled country.
"Italy has completed much more than is recognized," Padoan said in the published interview.
"I was surprised when respectable commentators have reproached us for producing only announcements," he added.
The interview came as Premier Matteo Renzi appeared before both houses of the Italian Parliament to discuss his government's 1,000-day program.
Numerous reforms to labour laws, taxation, education, election regulations, and dramatic changes to the Senate have all been announced by Renzi's government but implementation is taking time.
For example, his government passed a law changing the rules for temporary employment contracts, but its broader reform of the labour market continues with its so-called Jobs Act, which is making its way through Parliament.
"In the last six months, we have worked like crazy and enacted many laws," Padoan said.
"We have a huge reform program, maybe too big. But we are convinced that the reforms will lead to good results," he added.
The country cannot wait along longer for significant reforms, said Padoan.
Italy is in its third recession in six years, with high unemployment, low consumer confidence and the beginnings of deflation.