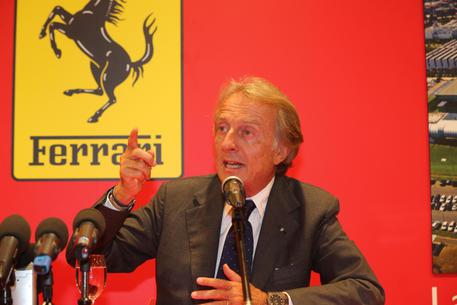 (ANSA) - Rome, September 11 - Luca Cordero di Montezemolo is to get a 27-million-euro golden handshake from Ferrari after announcing his 23-year stint as chairman was over on Wednesday. Montezemolo announced he was stepping down in the wake of unusually sharp criticism from Sergio Marchionne, the CEO of parent company Fiat-Chrysler (FCA), as Ferrari endures the latest in a series of disappointing seasons in Formula One.
Marchionne is taking Montezemolo's place as Ferrari chairman. "Mr. Montezemolo will receive the post-mandate indemnity which he was granted in 2003 and which is described in the Remuneration Report published by the company (equivalent to five times the fixed annual compensation of 2,742,000 euros, i.e. in total 13,710,000 euros, payable in 20 years)," read an FCA statement.
"In addition, in consideration also of his commitment not to engage in activities in competition with the Fiat Group during the period to March 2017, Mr. Montezemolo will receive the fixed and variable component of the compensation due until this time which is the end of his original mandate in Ferrari, amounting in total to 13,253,000 euros, to be paid by January 31, 2015".