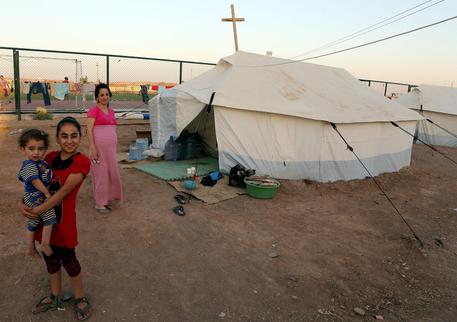 (ANSA) - Rome, September 8 - The Islamic State (ISIS) militant group has killed or maimed some 700 children in Iraq since the beginning of the year, the United Nations secretary-general's special representative for children and armed conflict told the UN Security Council Monday Some of the killings, said Leila Zerrougui, were "summary executions".
Zerrougui said she was "appalled" at the killing of civilians, including children, by ISIS, which now controls a large swath of Iraq and Syria.
She said the extremists have ordered boys as young as 13 years old to carry weapons, guard strategic locations or arrest civilians, and have used other children as suicide bombers.
Zerrougui said her office has also received report of militias allied to the Iraqi government using children in the fight against ISIS.